…China steals an unsavory global spotlight for the thick, noxious smog that often chokes its mega-cities.

Air pollution has become so bad in Beijing, for example, that Chinese officials aim to slash its local coal consumption by 30% in 2017.

Meanwhile, the US — which currently ranks eighth on the list of countries with the lowest air pollution — could be headed in the opposite direction.

President Donald Trump has said that he intends to fulfill his campaign promise of revitalizing the American coal industry,despite the criticism of fossil fuel industry analysts and the rise of affordable sources of renewable energy. Congress is also working to repeal numerous environmental and health regulations.

With these and other changes afoot, it’s worth taking a look at current global rankings to see how China, the US, and other countries stack up when it comes to air quality, total energy use, and renewable contributions to power production. 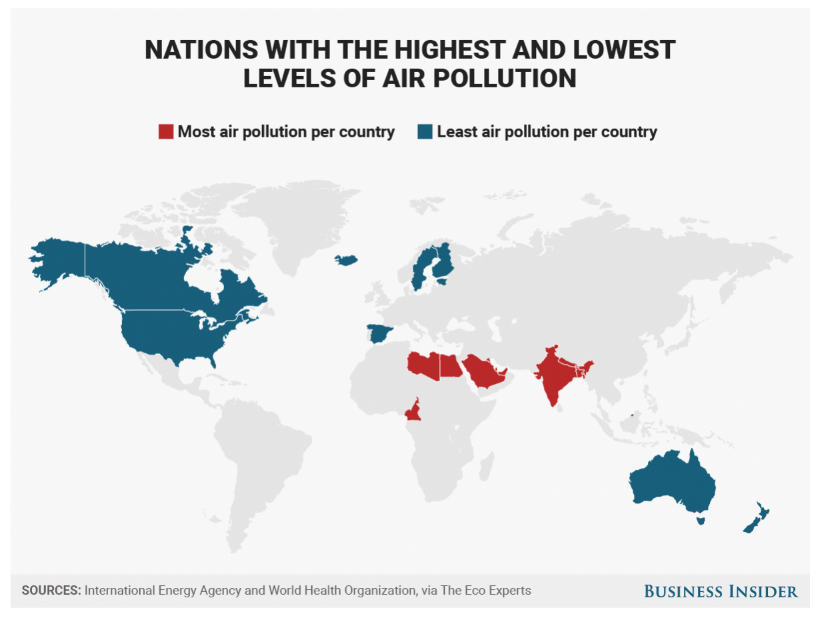