Every so often, it all lines up and, as the moon orbits Earth, it passes in front of the sun, blocking it out entirely. 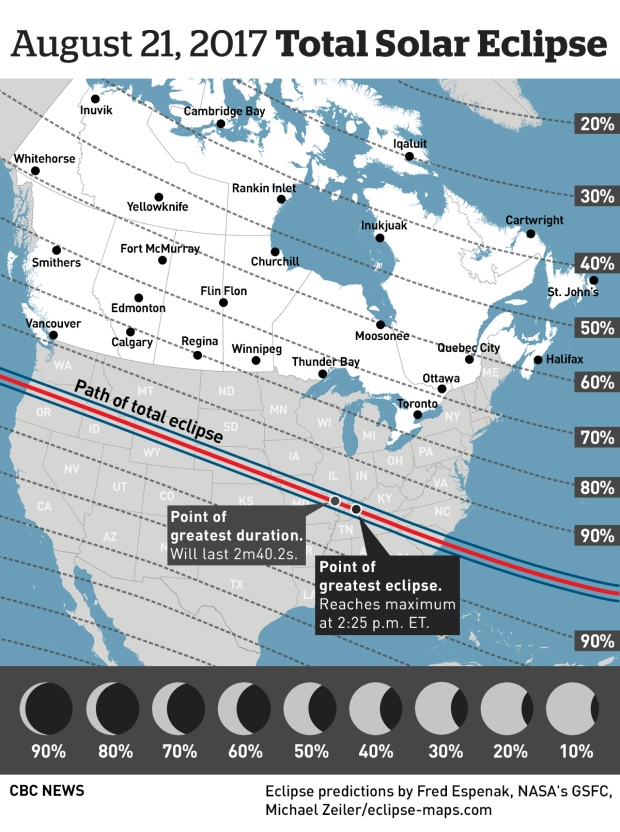 When darkness descends, it will likely give those in the shadow of the moon an eerie feeling: darkness during the day. Birds and other animals will begin their twilight routines, believing that night is about to settle in.

“It’ll be dark enough that you’ll have difficulty reading the print on the page,” Paul Delaney, an astronomer and professor at York University in Toronto, told CBC News.

“But all of the bright stars come out; it’s twilight. You’ll begin to see Venus and Jupiter…. But to have this black disk in the sky surrounding by the white halo, the corona, and all the stars and planets around, it really is an awe-inspiring feeling.”

One of the most anticipated sights is something called Baily’s beads. This effect is created around the moon as sunlight travels through mountains and valleys on the moon’s surface.