Joe Sandler Clarke is a reporter for Unearthed.
@JSandlerClarke
This article originally appeared on VICE UK.

Recent climate protests have been met with a wave of dangerous cynicism that needs to be defeated.

The majority of Britons now believe that climate change could end the human race, according to a poll published this month by ComRes. Combine these stats with the reaction to last week’s landmark global report on biodiversity, warning that one million species are at risk of extinction, and it seems people are waking up to the ecological crisis.

But in the British media and our politics, some of the more tedious forms of climate denialism and climate what-aboutery continue to thrive. Here, in no particular order, are the environment arguments we need to get rid of. 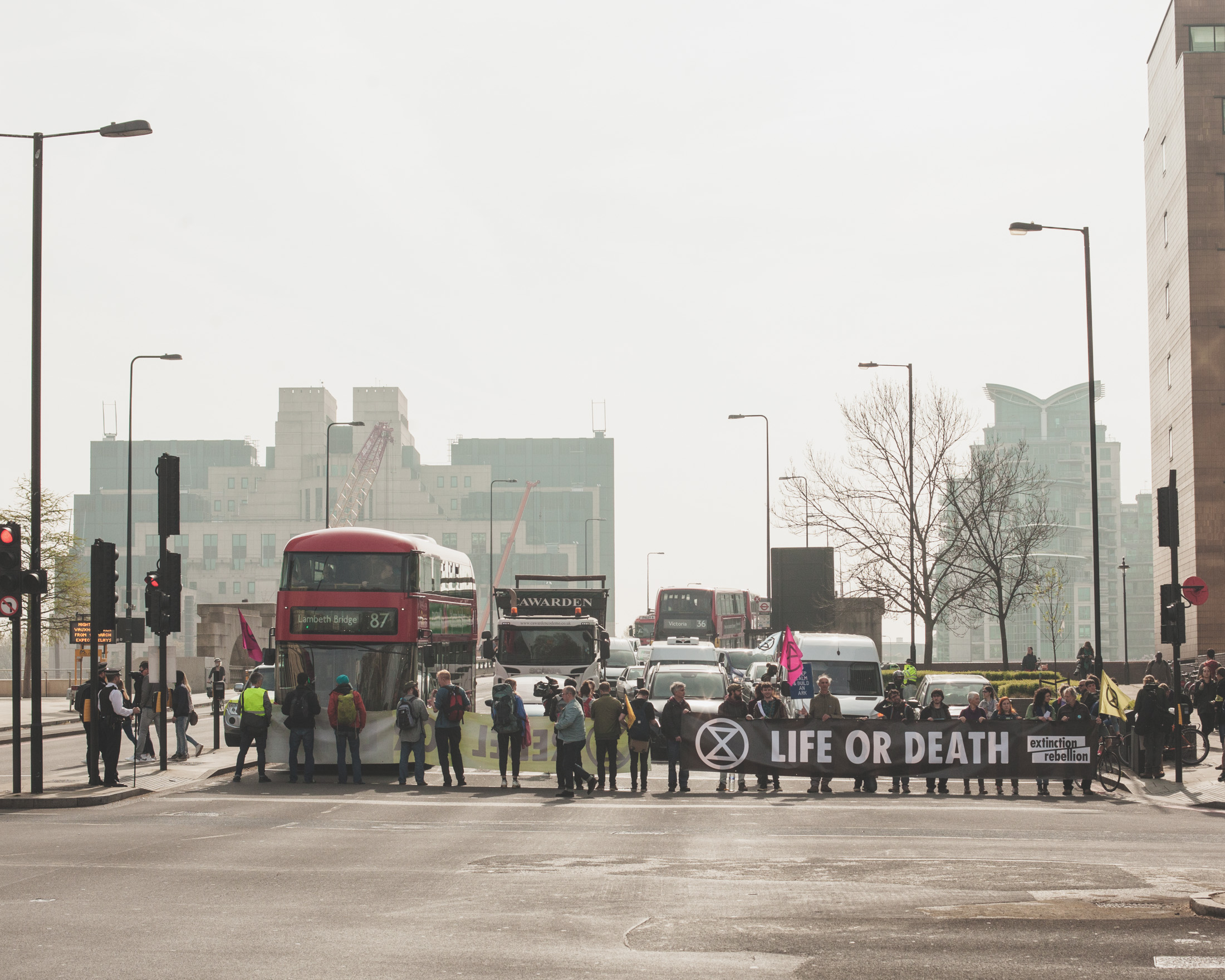 Steve Hawkes, deputy political editor for the Sun, is a very clever man. Last week as politicians were making the case for the UK to declare a “climate emergency” in the face of dire warnings about the future of the planet, he tweeted: “Ed Miliband calls for a war on climate change but admits to BBC he doesn’t yet drive an electric car #phoneywar”.

He’s got him there. Miliband should know that you can’t criticise an aspect of society if you continue to live in it. You can’t say that something should be done about climate change unless you drive an electric car. In the same way that you can’t criticise globalisation if you’ve ever eaten asparagus out of season or bought a coffee from Caffe Nero.

Steve Hawkes probably has this attitude to other parts of his life. “Can’t believe the Victoria line is late again,” he says to himself one morning, knowing that now, by his own logic, he can never take the tube again.

As well as being lazy, Hawkes’s tweet is wrong. Even if the number of electric cars on the road increased dramatically, that won’t stop climate change on its own. We also need to ensure that the search for material used to build electric cars, i.e. nickel and copper, doesn’t devastate rainforests and other carbon-rich natural environments. We also need to change how we produce electricity so that our electric cars aren’t powered by new coal-fired power plants.

Changes to individual behaviour won’t do much to address ecological breakdown if the global economy continues to be driven by fossil fuels, so you can definitely speak out about climate change, even if you’re not an eco-saint. 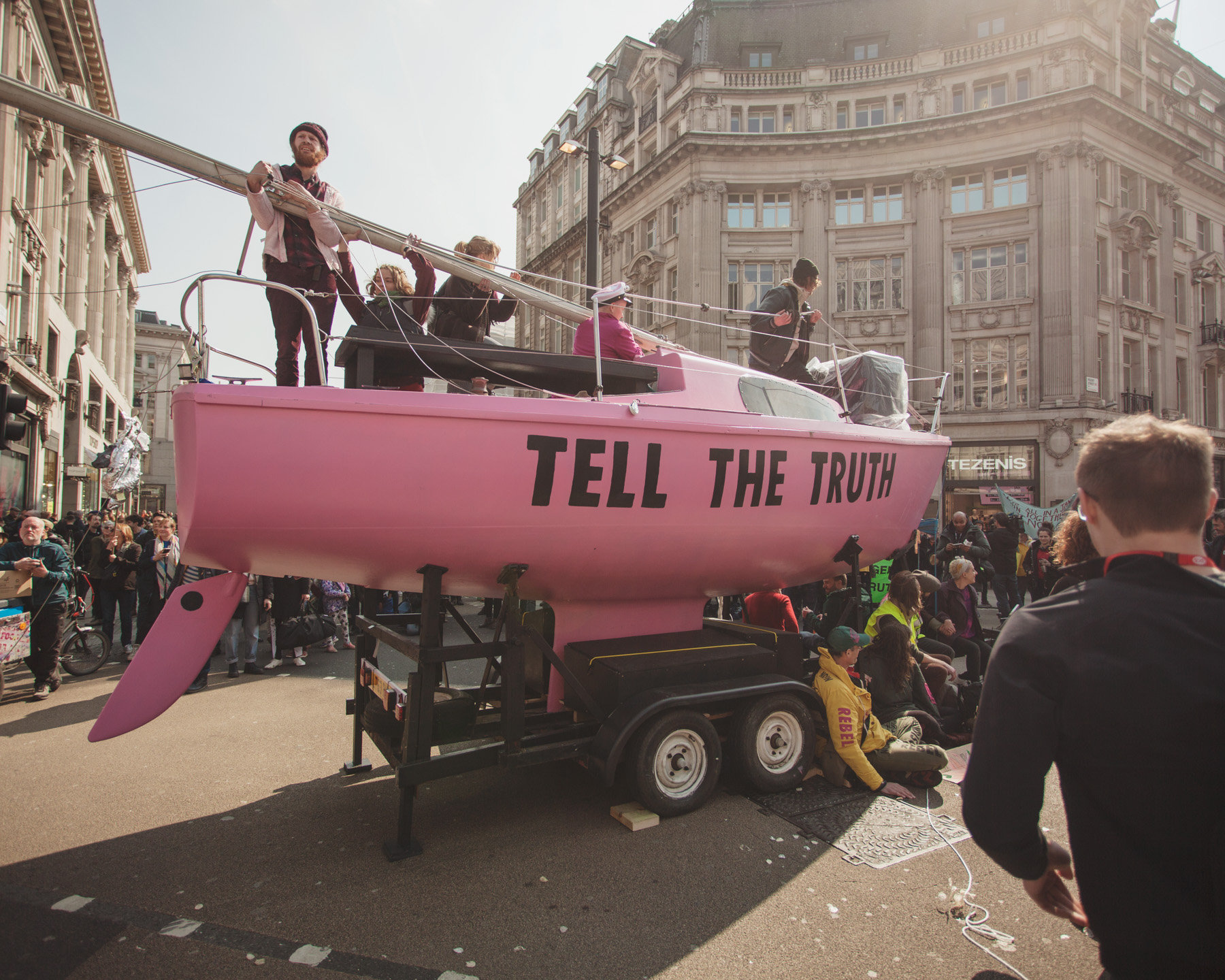 In response to the recent increase in public concern about global warming, British conservatives have talked up the UK as a world leader on cutting emissions and embracing green technology.

The rest of the world might be falling short on climate change, the argument goes, but we’ve done our bit, so give us a break. As Times columnist Iain Martin recently wrote in response to Swedish climate activist Greta Thunberg’s meeting with MPs: “We should be alert. We should take action. We are.”

It’s this attitude that informed Boris Johnson when he wrote in the Telegraph that Extinction Rebellion activists should “take their pink boat to China” to protest the country’s rapidly rising carbon emissions.

It is true that the UK’s carbon emissions have fallen a lot in recent decades and China’s have gone up. Over the Easter weekend, the UK broke its own record for the longest period of time with no electricity generated from coal. China leads the world for investment in green technology, but carbon emissions from the country rose last year, mainly due to a surge in new construction projects in 2018.

So, does Boris have a point?

As this column has pointed out, Britain’s climate policy has lacked direction for years now. The country’s solar and electric car industry has been hit badly by subsidy cuts. Time and money has been wasted on unworkable nuclear projects and a fracking industry that never got going, and for all the talk of the UK having a good record on the environment, the country is set to miss its legally binding 2030 climate targets.

A terrific animation from Carbon Brief recently showed that the UK has been the fifth largest emitter of carbon dioxide from 1750 to 2018. We’ve produced more CO2 than India. As the world’s first industrialised country, we’ve done a lot to cause the climate crisis. We should be doing more to help. 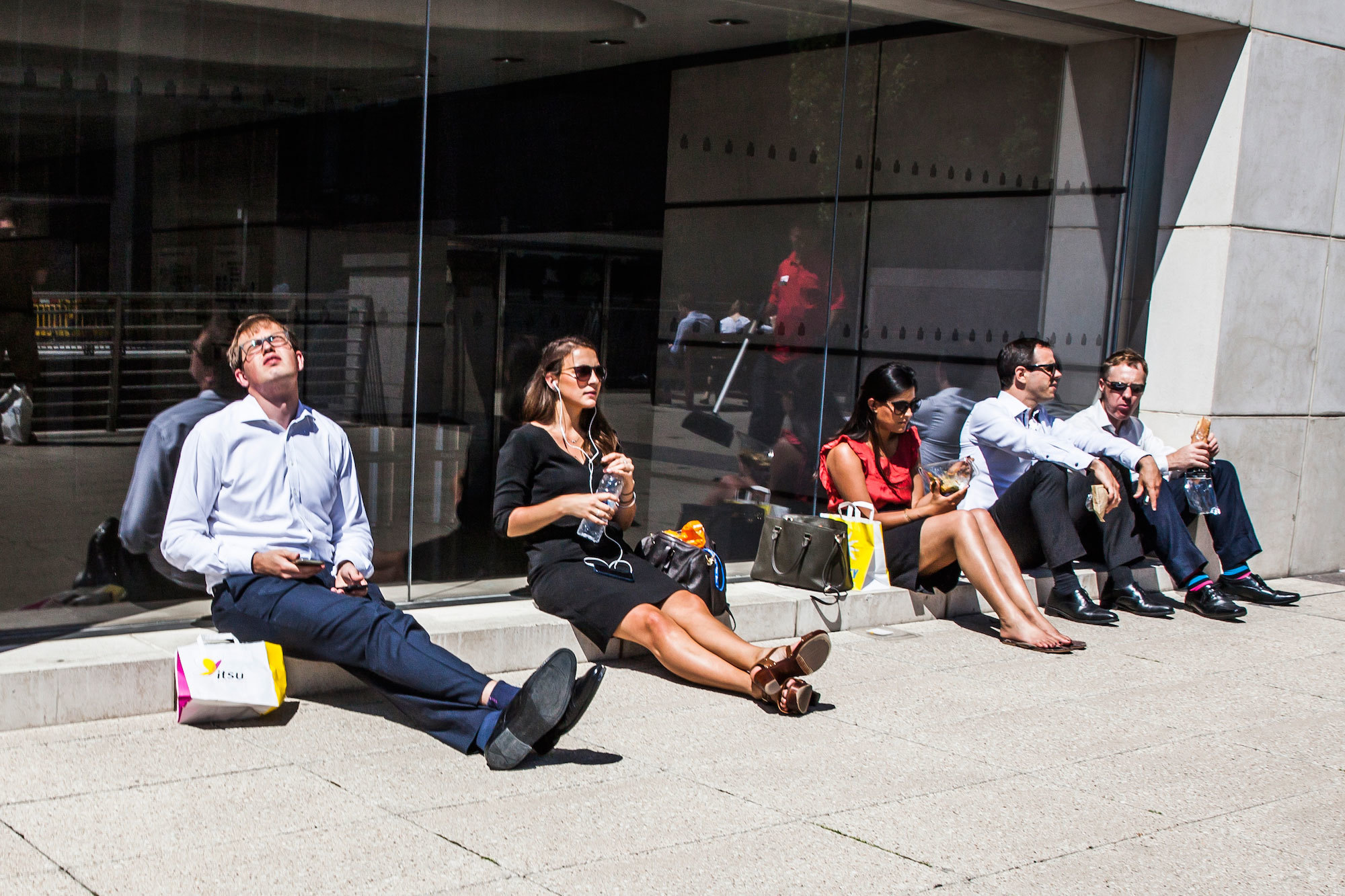 I don’t really like barbecues. If you don’t eat meat and don’t particularly enjoy drinking, it’s hard to see them as anything more than a bunch of people standing around a north-facing concrete yard at the back of a house in Stoke Newington, watching a man who can’t cook incinerate a 40-percent beef burger and a strand of halloumi (veggie option), as a shirtless friend of a friend asks, “What you up to?”

Maybe this is why I didn’t enjoy last summer’s heatwave. Well, that and all the wildfires.

As soaring temperatures in the northern hemisphere made it enjoyable to go swimming in the English Channel, they also saw devastating forest fires everywhere from California to Sweden.

Climate change, as well as destabilising the systems needed to sustain all forms of life on this planet, it will also inevitably mean more extreme temperatures and more wildfires.

During a period of unseasonably warm weather in February, online magazine Spiked, like an enthusiastic dad encouraging his son to come and take a closer look at the burning chemicals factory across the street, carried an article urging people to “cool off” about it being above 20 degrees in winter.

It’s tempting to think that a global temperature increase might make Britain a more pleasant place to live – it is a bit cold here after all. But global warming won’t just about turn up the global thermostat, it will make the world a more difficult place to live.

The 2018 IPCC report on climate change found that a rise of global temperatures to 2 degrees above pre-industrial levels would expose 400 million people to extreme heatwaves and lead to around 8 percent of the world’s population facing water shortages. We’re currently on track for much higher temperature increases than 2 degrees. 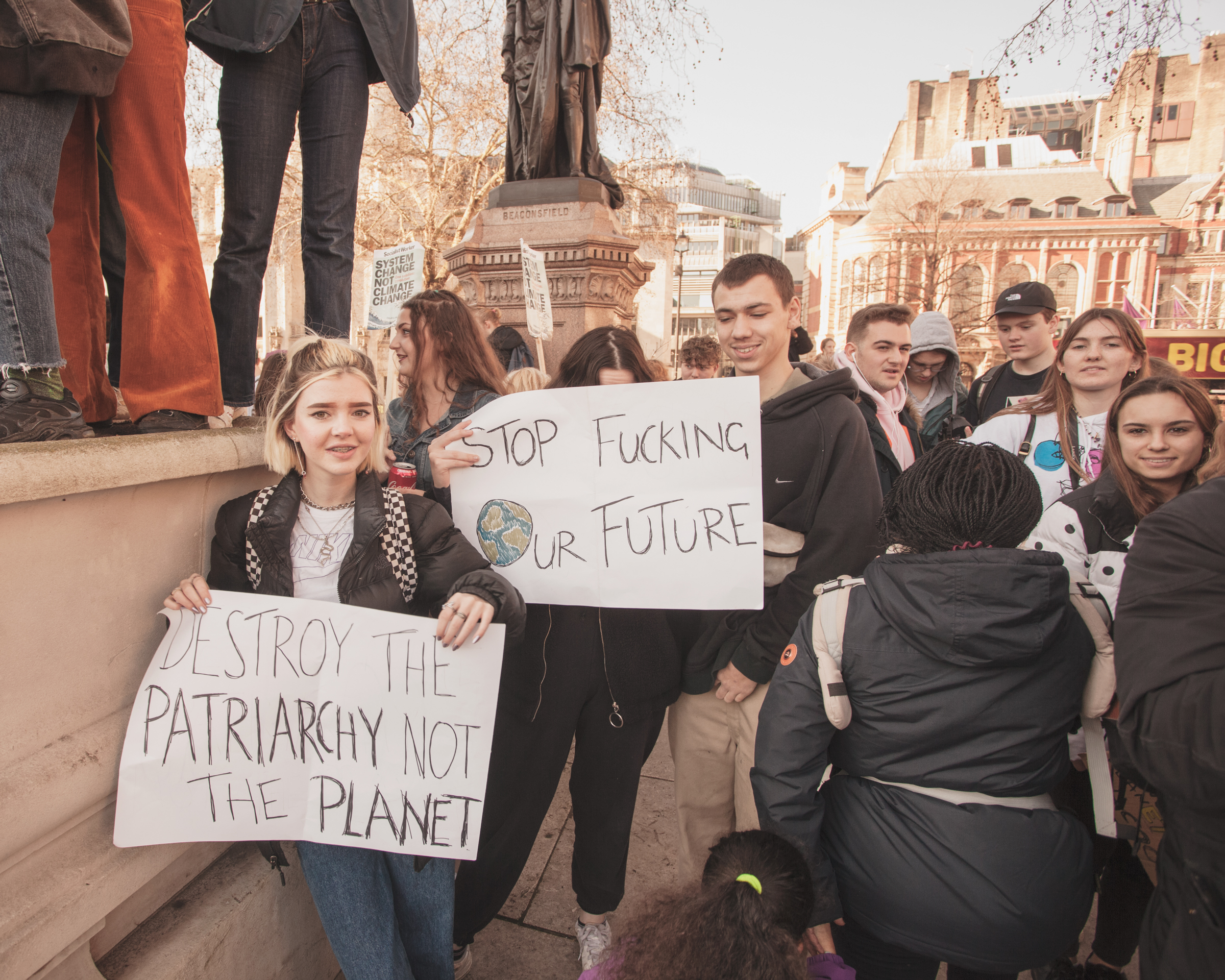 I DON’T TRUST THESE PROTESTERS

It’s easy to do nothing. To be cynical. When faced with the overwhelming earnestness of Extinction Rebellion and school climate strikers – the kind of people who describe any non-climate news story as a pointless distraction to everything dying – it might even be tempting.

But the next time you find yourself lapsing into cynicism about these new protesters, remember that there are worse people are on the other side.

Recently the right-wing media commentariat has been raging about 16-year-old climate activist Greta Thunberg. Toby Young asked his Twitter followers when someone was going to “call her out”. Libertarian lawyer Helen Dale predicted that she would have a “meltdown” if she was subjected to scrutiny on the BBCand Ross Clark wrote a piece listing a bunch of questions that she apparently needs to answer in the Spectator.